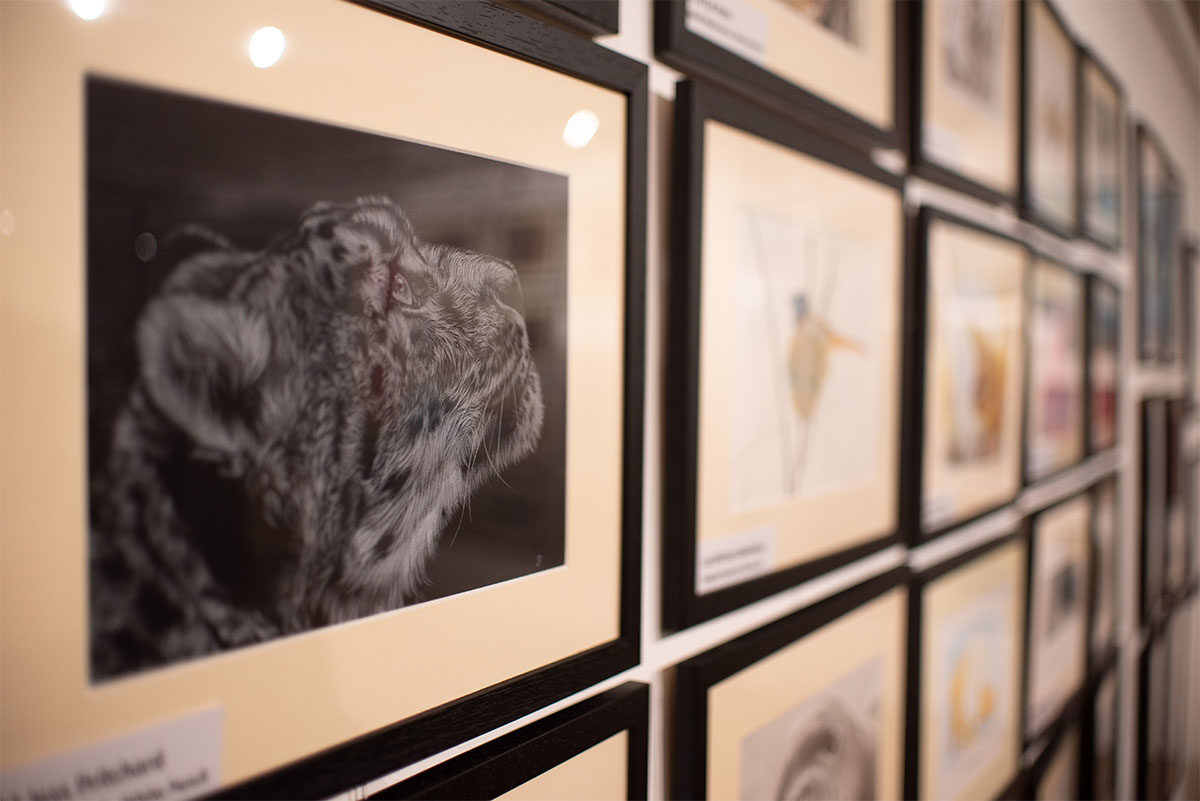 Back in September I was elated to find out that I was one of 100 artists chosen from 1000 to be shortlisted for the Sketch For Survival charity auction to be held in London’s Oxo Tower.

This auction showcases work from top wildlife artists around the world plus celebrities such as Joni Mitchell & Stephen Fry with 100% of the proceeds going to Explorers Against Extinction who work with various wildlife charities from deforestation prevention to marine conservation.

The auction itself ran online from September-November with the shortlisted works being on display first in Norwich, then at COP26 before finally being shown at the Oxo Tower.

I had an invitation to the official opening which would have been rude to refuse! The exhibition itself was fantastic with an outstanding level of artwork and it was lovely to meet the some of the artists who had created them including a few I have chatted to on social media but never met face to face.

The next evening, Explorers Against Extinction held a talk at the Royal Geographical Society in South Kensington where we were told about how the money raised from the auction will be used and also how we can help other causes such as the Manta Trust. In addition to this, we had the privilege of listening to an incredible talk by Philip Dalton who directed the BBC series ‘Spy In The Wild’. He told stories of how they captured certain shots, close encounters and he even brought along gorilla cam which was used to film mountain gorillas in the heart of their territory. It was an incredible evening!

On 28th November the online auction came to an end. We were all glued to our screens watching the figures on each piece increase as last minute bidding wars took place. I was incredibly happy to see that my A4 snow leopard was won for a grand total of £1,300 and excites me to think of that money helping the animals and habitats who need it most.