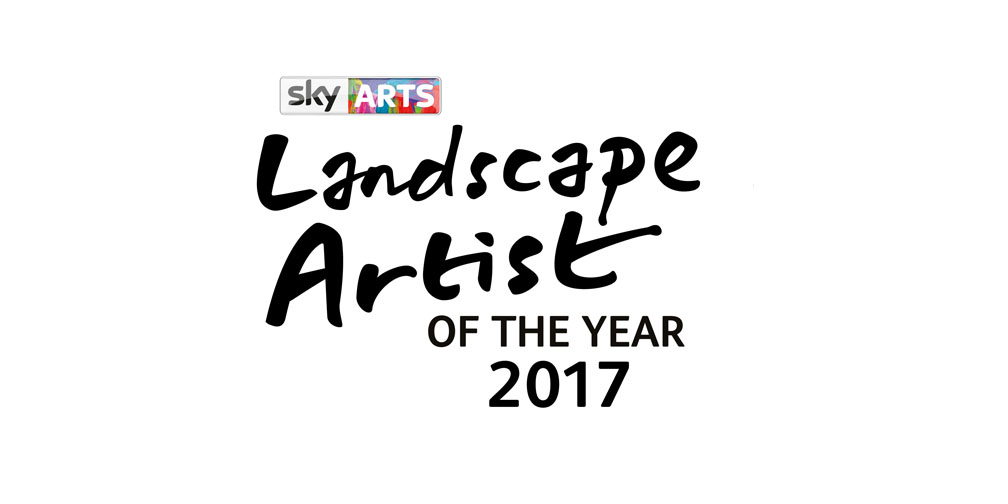 I’m one proud daughter… early this year my Mum (Lindsay Pritchard) entered Landscape Artist of the Year and got a call back to go on the show! She was so overwhelmed, she cried and I jumped up and down on the back seat of the car.

Her episode was filmed at Knaresborough Castle in Harrogate on the 21st June. We headed up to Yorkshire the day before as it would be an early start and detoured to castle where they were filming the first of the two days at the venue. I’ve never seen so many cameras in my life! I also managed to get in a shot behind the presents Frank Skinner and Joan Bakewell so watch out for me…!

On the day of filming, it was an early start with nerves and excitement from everyone. All the artists competing that day had a few hours to set up in their pods and decide how they were going to capture the space in front of them. When the time came for the announcement of the artists to start, it took 3 takes to make sure it was all correct for the camera meaning there was a lot of getting up and down for all of them.

Once started, we weren’t allowed to disturb them and had to try to keep out of as many shots as possible which was virtually impossible given the amount of cameras around. The presenters then went around the artists one by one to interview each of them and check on their progress.

At lunch, they were allowed an hours break but most of the artist carried on working through to get their pieces finished in time. A few of them began to get stressed when they realised they were already half way through the day. We then had a few hours of waiting while the artists got their heads down to complete their pieces which not all did. Fortunately my mum finished hers on time and it looked fantastic!

Now for the judging… my Dad and I had spoken to a couple of the judges earlier in the day and they couldn’t emphasise enough how difficult it was to judge correctly and put their emotions aside. The judging took a few hours and then it was time for the line up to see who had made it to the final. It was such a tense moment for all the artists and their families!

Unfortunately my Mum didn’t make it through the final but Fadi who was in the pod next to her did. He’d focused on painting the other contestants rather than the castle grounds with my mum right in the middle of the painting so in a way, she still made it to the final. He was so lovely and I’d made friends with his wife during the day.

I’m so proud of my Mum, out of thousands of entries she managed to make it onto the show and I hope this has proven to her how good an artist she is! If you would like to see more of her art from urban landscapes to seascapes you can visit her website: https://www.lindsaypritchardart.co.uk