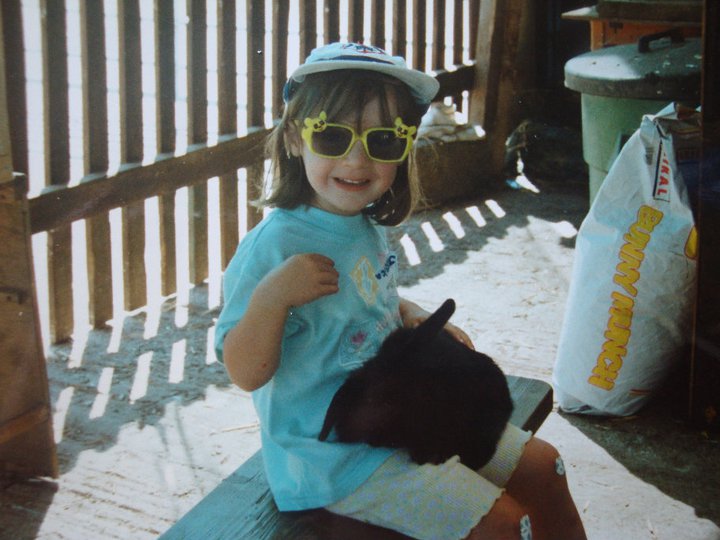 “What do you want to be when you grow up?” my teacher asked me at age 10. My reply was that I wanted to be a palaeontologist (I hadn’t seen Friends at this point in my life, I was just very into dinosaurs). I was convinced that one day I would discover a new species of dinosaur or find a t-rex skeleton and receive £15 million for my find allowing me to retire before the age of 30!

Unfortunately, life doesn’t happen as easily as we think it will at the age of 10 and reality soon kicks in that you have to choose ‘fun’ and ‘realistic’ career prospects before spending half your life wondering what the 18 year old you was thinking!

The beginning of the journey

At age 14 the real process started; think of what you would like to become and choose a company to do work experience at for one week. As well as dinosaurs I LOVED animals so my mum suggested I work at the West Midland Safari Park for the week to help look after some of the animals. One of the best weeks of my life! I did everything from show casing the rats in pets corner to feeding the bats (which included them landing on me – awesome!) to helping heard in the rhino for the night. I had never had so many close encounters with so many different species of animal in all my life! I had followed the work of Bob Lawrence (head of wildlife at the park) for a couple of years previously and at the end of the week was convinced that one day I would work alongside him as the Safari Park’s resident vet.

Sadly, after looking into how long it would have to train to become a vet, at the amount of debt I would get into and at knowing I would also have the job of putting animals down as well as saving them without even the certainty that I would get a job at the Safari Park, I gave up on that dream.

Drawing had always been a very enjoyable pastime and surprise, surprise, my subject was mainly animals. In year 9 at school I took the option of BTec Art and Design Level 2 which was the only subject I cared about doing well in. My mum told me more than once for good reason to put down my pencils and revise for whatever GCSE exam I had coming up. It was a pain at the time but failure would have been imminent if my parents hadn’t been so strict with the revision! Even with all the exams getting in the way of my art coursework, I still managed to achieve a Merit Diploma which I was very proud of. At this point I knew that the next stage was to go straight to college to complete the BTec Art and Design Level 3 course. However, this meant making the difficult decision of leaving all my close friends behind as they stayed on together at the school’s sixth form.

College was so much fun! It took a couple of months to settle into a good friendship group (although not as close as my school friends so I still met up with them at the local park) but despite that, I thoroughly enjoyed experimenting with different areas and forms of art from film photography to screen printing to graphic design. After much thought, graphic design seemed the most realistic way to move forward with my artistic calling as it gave me the best chance of earning a decent living. So for the second year of the college course, I focused my efforts into the graphic design area, writing my own final (non live) project to create an advertisement campaign for… the West Midland Safari Park…of course! Somehow I finished the course with a triple Distinction Diploma but looking back at the work now, I have no idea how!